Home | Blog | Miscellaneous | A Close-Up Nine Years in the Making

A Close-Up Nine Years in the Making 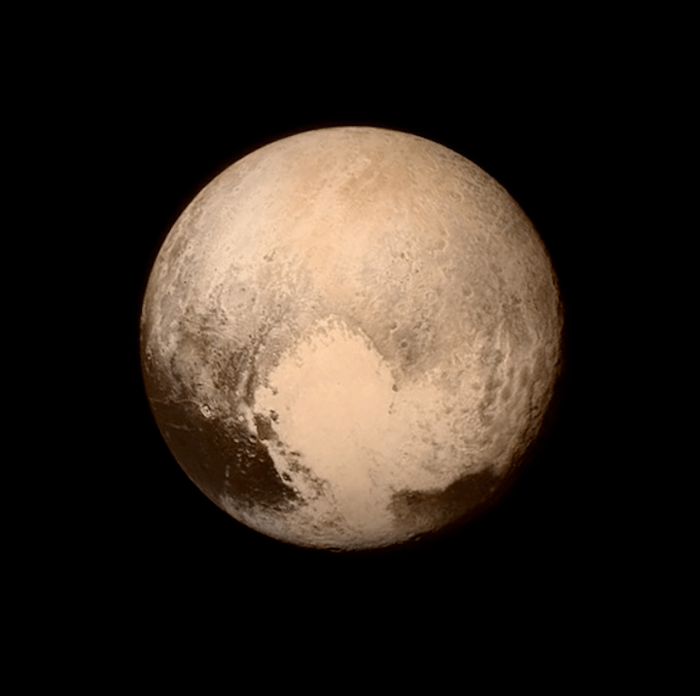 He is elusive. He is a mystery. But for the first time in history, Pluto is finally giving us a close-up. Just over nine years ago, the New Horizons rocket launched from Earth at an unprecedented speed for a 3 billion mile trip to the outer limit of our solar system. It’s mission, to photograph and record the surface of Pluto.

At 7:49 this morning, New Horizons made its one and only pass by the surface of the dwarf planet. According to the New York Times, the data so far indicates that Pluto is 1,472 miles in diameter, a bit larger than originally anticipated. And early details coming back from the images show Pluto to be a much more interesting and “photogenic” planet than scientists could have hoped for! The newest image from the Long Range Reconnaissance Imager (LORRI) shows an almost perfectly shaped left half of a bright, heart-shaped feature centered just above Pluto’s equator, this according to nasa.gov.

“Our data tomorrow (Wednesday, July 15) will have ten times the resolution of what we see today and it will knock your socks off,” Dr. Alan Stern, New Horizons principal investigator.

So while this amazing scientific event may not be directly related to the work we do here at nJoy Vision, we wanted to take a moment to pause and appreciate the beautiful universe around us. We’ve always said that it is our mission to help our patients appreciate the beautiful views of the world around them, but today the New Horizons rocket has reminded us that we also have the privilege of helping you see the amazing sights out in the great beyond!

“The sky is the daily bread of the eyes,” Ralph Waldo Emerson