A Future With X-Ray Vision 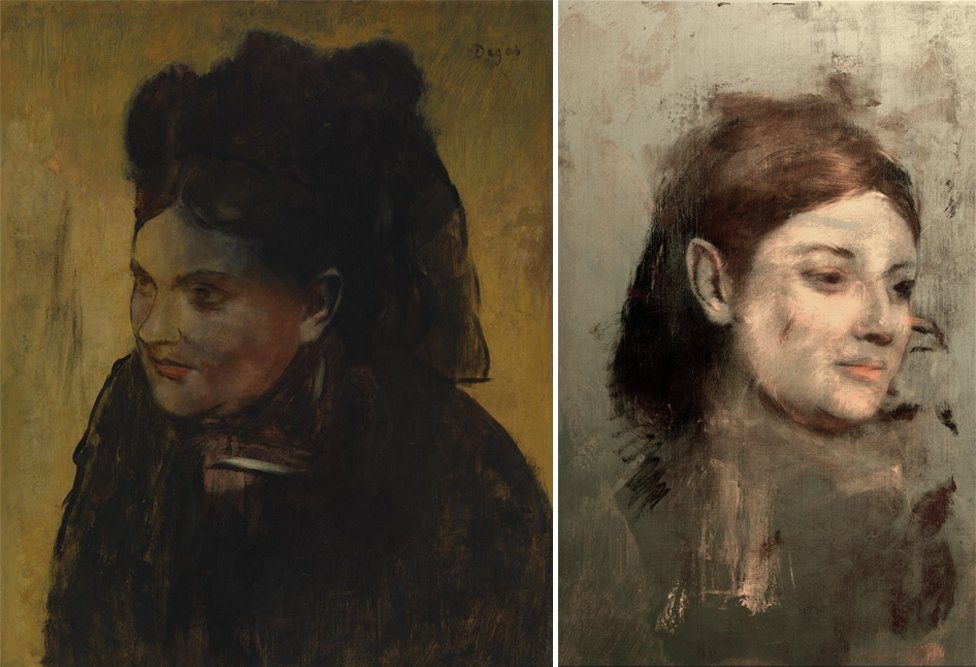 Though many of us hate to admit it, our eyes are somewhat limited as to what we can see. At least that’s the case for right now. Recent advancements in technology are revealing things that our eyes aren’t capable of viewing on their own. Edgar Degas, well-known nineteenth century artist, hid a secret enigma in the midst of one of his portraits by the name of “Portrait of a Woman”.

With a name like that, probably not. While Degas may not have been amazingly creative with names, he was extremely inventive by means of creating illusions beyond what our eyes could realize on their own.

For years, art enthusiasts and connoisseurs alike have speculated over the obvious “smudge” on this particular painting covering the woman’s left cheek. Earlier this month, however, scientists and fellow technicians joined together to unveil something completely unexpected by using a series of X-Ray scans.

This “smudge” was much more than a slip of the brush or an accidental spill of the paint can. After about an hour of work with X-ray fluorescence mapping techniques, a whole other portrait of another woman was revealed.

According to ABC News, if this kind of project “had been attempted 10 years previously, it would have taken over a year, but due to current technology, the researchers were able to scan the painting in just a day and a half.”

Now to answer the pressing question, will X-Ray vision be possible for humanity at some point? As great as it would be to possess the same powers as Superman, for now these kinds of questions remain unanswered. But wait ten years! Technology is constantly advancing, meaning in the future, most anything is possible.

The good news in all of this is that technology has advanced so much that you can have the next best thing to X-ray vision without needing glasses or contacts. 20/20 vision! nJoy Vision has some of the most advanced technology the world can offer in the area of optometry.

The best place to start is to schedule a FREE Consultation From there, we’ll be able to walk you through your options and answer any questions you might have.

Plus, if you schedule your consultation this month, you can still take advantage of our Summer Savings promo. We’ll knock $600* off the cost of LASIK, just like that!

*Save $300/eye. **Offer valid on all-laser LASIK, PRK, ICL and RLE procedures at participating nJoy Vision locations only. Book consult by August 31st, 2016. Complete procedure by September 30th, 2016. Cannot be redeemed for cash or combined with other discounts, insurance or special offers.