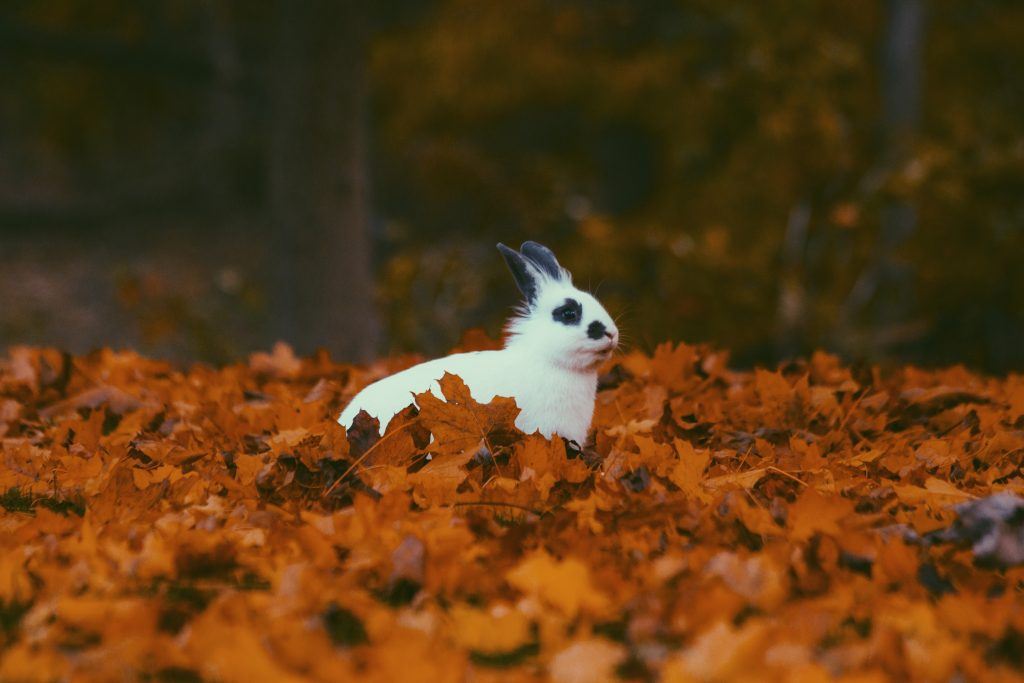 Yes, you read the title correctly.

We all know the internet is full of hilarious cat videos, and as entertaining as they can be, you just might want to add “Bunnies” to your Watch Next list.

Though the video was posted back in 2015, “Bun Bun” has been showing up again on various social media platforms. And, rightly so, with fall being in full swing.

While we aren’t bunny experts, we are eye experts. We can only imagine how annoying and impossible it would be to play in the leaves with a bunny (or other furry companion) with glasses. Though the reasons are probably obvious, we’ll go ahead and list a few of them for you anyway.

1. Glasses don’t like to stay where they belong. They always like to slip down the bridge of your nose, nearly falling off completely. Especially when looking down or moving around a bunch. Then, you’re left pushing them up constantly. Like, every-few-seconds constantly. Which leads us to our next reason.

2. Fingerprints and glasses don’t get along. After your fourth or fifth time pushing your glasses back to their rightful place, you might get a little frustrated and careless with your technique. This leads to accidental fingerprints on the lenses, which are annoying for obvious reasons.

3. Fall means allergies. And allergies mean itchy eyes and runny noses. Don’t get us wrong. Fall is a beautiful, fun, and joyous season, but it isn’t all pumpkin spice lattes and rainbows. With some frames in your way, it’s hard to tend to your symptoms and take care of them properly. Now that we think of it, contacts would probably be pretty annoying too when dealing with some itchy or dry eyes.

We’re not saying you should let your corrective lenses hinder you from tackling the fall season and its festivities. We’re just saying there are better options.

If corrective lenses are something you’d rather not deal with, maybe it’s time to stop dealing with them. The vision correction solution that avoids the hassles of contacts and glasses is LASIK, and if you haven’t thought about it in a while, maybe it’s time to think about it! Watch a bunny video or two, then schedule your FREE consultation appointment at njoyvision.com/schedule!