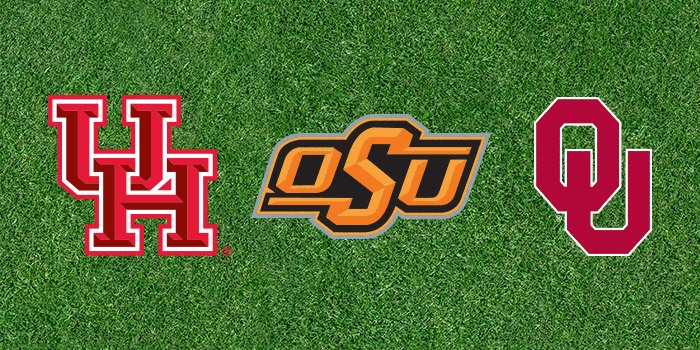 And to celebrate, we’ll be giving away FREE LASIK all season long. Choose your team below, fill out the form, and then be listening to the live radio broadcasts of OU and OSU football on game days to win! 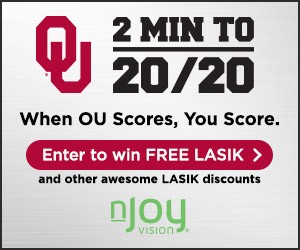 And wouldn’t you know it, the first game of the season is a doozy!

One of the most intriguing matchups of College Football Kickoff Week is one with definite College Football Playoff implications as the No. 3 Oklahoma Sooners travel to Houston to face the No. 15 Cougars at NRG Stadium. And at nJoy Vision we are ecstatic!

Not only does the game pair two top 15 teams against each other, it pairs two universities with which we are affiliated.

That’s right! nJoy Vision has long been the Official LASIK Provider of Houston Athletics, and we are now partnering Sooner Sports! So, needless to say, we’ll be watching this game VERY closely.

And speaking of watching the game…here’s what you can expect.

This game is going to showcase some serious superstar talent, specifically at QB. According to NCAA.com:

“Last year, Mayfield [OU] threw for 3,700 yards with 36 touchdowns and ran for 405 yards with seven touchdowns. He only had seven interceptions for the season, and he looks to be a 2016 Heisman Trophy candidate. Mayfield also comes into the 2016 season defending his title as one of the most efficient quarterbacks in the nation after completing 269 of 395 passes in 2015.

However, Ward [UH] remains similarly impressive. After a breakout 2015 season, Ward joined an elite group of quarterbacks who threw for at least 2,000 yards as well as rushed for 1,000 yards. He also finished fifth in the nation for most rushing touchdowns and broke 14 Houston or American Conference records last year. Coming into 2016, he could also look to be a Heisman Trophy candidate.

While each has his own style, these two quarterbacks battling on the same field should result in an interesting game on Saturday.”

Needless to say, this game will be worth watching.

Which brings us to our next point. This year, nJoy Vision wants you to be able to enjoy college football without having to sit inches from your TV. Head over to njoyvision.com/schedule and schedule a FREE Consultation. We’ll talk you though your options, discuss if you are a candidate for LASIK, and we’ll get you back in the game in no time!