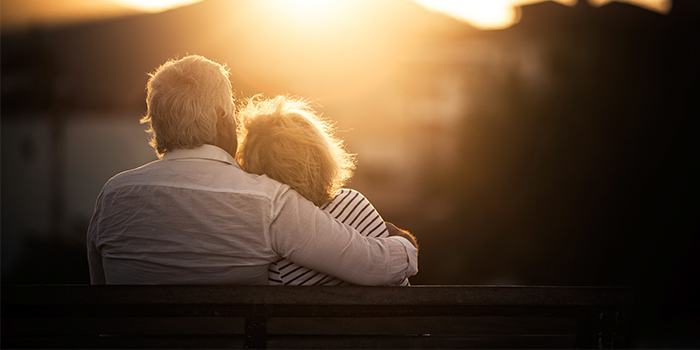 If you’re old enough to have aging parents, grandparents or great-grandparents, there’s a pretty good chance you know a thing or two about dementia and Alzheimer’s Disease.

Maybe you’ve even seen firsthand its effects on your loved one’s mind and body.

What you may not realize, though, is that Alzheimer’s is not just an “old person’s disease.”

In 2014, an estimated 5.2 million Americans are living with Alzheimer’s, many of whom are under the age of 65. And in recent years, the number of Alzheimer’s cases have climbed so drastically that it is now considered the 6th leading cause of death in the U.S.

Unfortunately, Alzheimer’s is such a complex disease that no single test has been able to detect its presence in a patient. Typically, diagnosis requires a complete and often expensive medical assessment, including the use of PET or MRI imaging.

Research findings from two studies, however, may show a way to accurately detect the disease just by looking at a patient’s retinas.

The first study was led by Australia’s Commonwealth Scientific and Industrial Research Organization. Knowing that one of the characteristics of Alzheimer’s is an accumulation of plaques and clumps of the protein beta-amyloid in the brain, researches had the patients ingest curcumin, then looked for signs of that protein in the retina. If beta-amyloid was present, it would bind to the curcumin and create a “fluorescent tag” that is visible during conventional eye imaging.

A second study, led by biotech company Cognoptix Inc., was also presented at the conference. They created a fluorescent tag for beta-amyloid that was applied to the lens of the eye. Using a laser scan they were able to detect the proteins with an 85% accuracy rate.

Because early detection is such an important and difficult aspect of Alzheimer’s treatment, these findings bring about promising news that could lead to simpler, earlier detection and treatment for this growing epidemic.