Visian ICL™ from the Eyes of an Optometrist and Patient 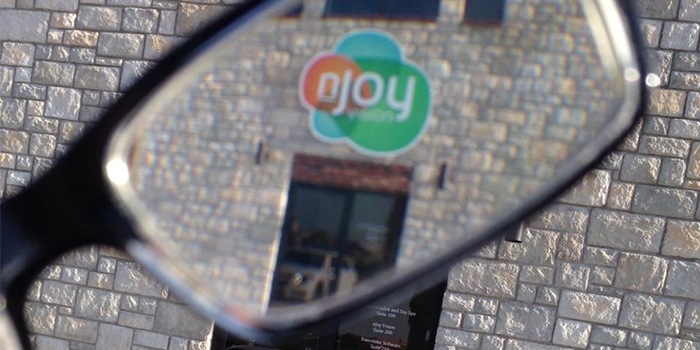 Who doesn’t love a good patient testimonial? We sure do, and so do potential patients looking to nJoy Vision for advice and reassurance.

With that expertise, he’s able to offer a truly fresh perspective on this amazing procedure. And ultimate reassurance to boot. Because if an optometrist is willing to rave about Visian ICL™ at nJoy Vision, that’s kind of a big deal right?

Visian ICL™ from the Eyes of Mark Miriello,
an Optometrist and nJoy Vision Patient

Being in optometry school, we learn a lot about different eye conditions, how they can affect people’s vision and lives, and what sorts of treatments we can implement to help these patients. As we begin seeing our own patients we start to educate patients on these conditions and explain these treatments with the hope that they will understand and be faithful in carrying out their end of the treatment plan.

Rarely are we, the future eye doctors, on the other end of those conversations. Sure, most of us have glasses or wear contacts but few of us have serious eye conditions or have undergone intraocular surgery.

Until recently, I was the same.

When I was 8, I began having issues seeing the board at school but I was completely against to the idea of glasses at the time so I never said anything to my parents. Unfortunately (I thought) a family friend substituted for my class one day and later told my mother about my difficulties. Shortly therafter, I was dragged, much to my chagrin, to see the optometrist. I was diagnosed as nearsighted and promptly given glasses. In spite of myself, I couldn’t deny the wonder of realizing everything I had been missing when I first put those glasses on.

Over the next several years my nearsightedness continued to get worse and worse. I was getting new, stronger glasses almost every year. I remember as kids my best friend would run and hide from me when we went to the pool because he knew that, without my glasses, it would be nearly impossible for me to find him. Boys will be boys, right? Well, it’s moments like those where you realize how dependent you are on your glasses or contact lenses, how you would have had a really hard time hundreds of years ago, and how you aren’t exactly an “efficient organism.”

Many of you can probably relate to this story. Had the same “coke bottle” glasses I did that make your eyes look tiny and keep you from getting those fashionable frames that you want. So wouldn’t you do something about it if you had the chance?

What about LASIK? It’s the surgery we’ve all heard of time and time again to help get us nearsighted kids out of glasses. A wonderful and safe surgical option for tons of patients…but, it does have its limits. LASIK can only safely treat a certain amount of nearsightedness so what about those of us on the other side of that line?

Since 1953, European scientists and surgeons have been working on implantable lenses to correct for those high amounts of nearsightedness at the upper end of what LASIK can correct and beyond. A half century of research and development has lead the industry to the Visian Implantable Collamer Lens (ICL) from Staar Surgical Companies.

In the summer of 2014, I had the amazing opportunity to get these implants at nJoy Vision in Tulsa. I had learned about them in optometry school but did some additional research and decided it was too good of an opportunity to pass up.

No sooner had the surgical drape been removed than I looked up and saw my mother smiling on the other side of the observation window and was able to read the names on the surgical equipment around the room, something I never would have been able to do without my glasses until I was less than 5 inches from it.

The day after surgery, I went to my one day post-op appointment early that morning before returning to my internship and seeing patients. Yep, you read that correctly: I was back to work the day after surgery, seeing well enough to monitor for subtle ocular disease. Five days later, I drove from Tulsa to Memphis without glasses or contact lenses, something I had quite literally NEVER done before.

That being said, for the first month after surgery there were multiple eye drops to take: an antibiotic to prevent infection, a steroid to prevent inflammation, and an NSAID to improve comfort and further prevent inflammation. Truth be told, I had no notable discomfort following the procedure and now, 3 months later, I see 20/20 (plus some 20/15 letters) without the use of glasses.

This surgery has truly changed my life. Since third grade I’ve been the nearsighted guy. Before surgery there was a small part of me that was worried I was losing a piece of my identity by eliminating my need for glasses. Care to guess how many times that small part of me has spoken up since surgery?

Having this surgery has been one of the best decisions I’ve ever made. I can just wake up in the morning and go. I no longer need to make sure I have a contact lens case, and solution, and my glasses when I spend the night away from home. I can actually see when I go to the beach and the pool.

But perhaps most importantly for me, I can now, as a soon-to-be eye care professional, say that I have stared down the barrel of intraocular surgery. I’ve been the one sitting where my patients will sit. I’ve had to worry about the drops, and the post-op appointments, and about whether or not I’ll be that one patient that has a complication. I can empathize, and reassure, and more accurately curb patient expectations.

All told, this surgery has changed my life drastically for the better. So, maybe you’ve been told you were just too nearsighted for LASIK, PRK, or other refractive correction surgery. Take it from someone who was told the same thing: there is an option to help get you out of glasses. Do your research and then ask your eye care professional about the Visian ICL™ procedure. You’ll be amazed at what you’ve been missing.