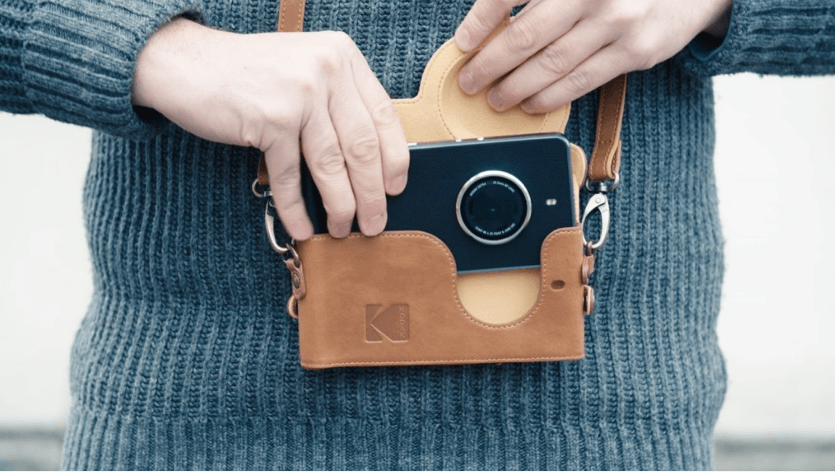 It seems like just about every company is making phones nowadays, whether it’s Google’s recent release of Pixel or Samsung’s (quite literal) backfire with the new Note 7. While Apple just recently released their iPhone 7 and 7 Plus with optimized camera settings like no other, now Kodak has decided to jump in with their own product, the Kodak Ektra.

The Kodak Ektra, according to CNN Money, mainly focuses on the camera aspect, which, makes sense for a camera company. Everything about its design, from the large, standout lense to the texture and curved edges, screams “flash to the past”. It, essentially, is designed to look like an old school Kodak.

In CNN Money’s video, Samuel Burke wears a case with a large strap that closely resembles a small camera bag. If it weren’t for the title, it could easily be mistaken for one. The video mainly focuses on the camera aspects of the phone rather than the smartphone mechanics, saying that Kodak wanted to make a “camera-centric” phone. The phone runs on software created by Google, more popularly known as Android.

Kodak’s newest creation is not necessarily for the practicality-focused buyer. “If you love cameras, you probably have a separate one,” Samuel Burke says in the video. “And if you just want the convenience of just taking pictures on your phone, you probably want something slimmer.”

Despite this, the quality of the pictures taken are amazing. The overall look of the phone in itself will also probably attract many customers. Not to mention, its ridiculously cheap pricing.