No Color in the Ancient World? 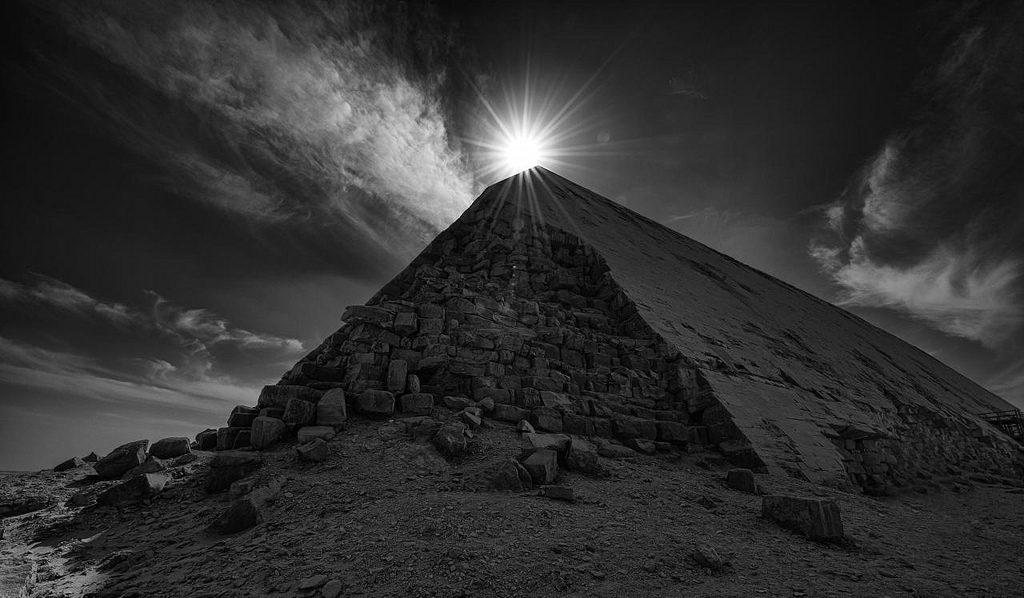 Take a moment and think back to summers as a child; bright sunny days lounging by a pool or hiking deep into the woods, evenings spent riding your bike down to grab a snow-cone or catch a movie. Now imagine these priceless memories devoid of color. No brilliant blue sky or green canopy of trees. No purple sunset or cherry red slush!

A recent Radio Lab episode helps us imagine such a world. In the story, researchers explore the relationship between language and the physical world that we see with our eyes. The color in question specifically is blue. The foundational idea in the episode is that the color blue did not exist in ancient civilizations, at least not in the way that we think of it.

Business Insider has done a nice job summing up the story in a recent post. In the article they explain how no ancient languages had a word for the color blue. This suggests that perhaps they were not even seeing the color. Homer, in The Odyssey, famously describes the sea as “wine dark” and not deep green or blue. In fact, he never uses the word blue to describe anything.

Further explorations into ancient Greek, Chinese, Jewish, and Hindu texts conclude that ancient cultures did not distinguish between greens and blues. Without fail, no ancient civilizations ever described anything as blue; not water, or sky, or birds. The color simply did not exist. In fact, the first culture to develop a word for blue was the Egyptians, who also coincidentally were the first culture to create blue dye. Until this moment in the timeline of the world, all occurrences of blue were described using likenesses of other colors. It makes sense if you think about it. Blue is not a very common color in the natural world. Yes, the sky is blue, and a few birds, but most blue plant-life is a result of human genetic tampering.

To take this idea a step further, modern-day researchers have begun asking the question “Do you really see something if you don’t have a word for it?” One researcher by the name of Jules Davidoff has recently conducted studies with the Himba tribe in Namibia. The tribe’s language does not have a separate word for the colors blue and green. In fact, when shown images of blue and green squares side-by-side, the Himba people could not distinguish between the two. Crazy, right? Does this suggest that our eyesight is directly dependent on how we verbalize the world around us? Perhaps.

So the next time you step outside under a brilliant blue sky or gaze into your significant other’s eyes, pause and say thanks to the great writers of our time. Perhaps their words have helped color the world around you, more than you know.

“Mere color, unspoiled by meaning, and unallied with definite form, can speak to the soul in a thousand different ways.”  -Oscar Wilde