Use Your Camera Phone to Check for Eye Cancer

A new ad campaign from the UK shows you how to use the flash on a camera, including your phone’s, to detect eye cancer in children.

Retinoblastoma is a rapidly developing cancer that begins in the retina and generally affects children under the age of five. Despite being the most common malignant eye tumor in children, retinoblastoma is a rare form of cancer with an incidence rate of 1 case in 18,000 to 30,000 live births worldwide.

In a recent ad campaign, Childhood Eye Cancer Trust, a UK charity for families and individuals affected by retinoblastoma, uses close-up photos of the eyes of retinoblastoma survivors to inform the public that the cancer can be detected simply by taking a photograph.

Posters and ads invite people to enable their camera’s flash and snap a picture of the ad. A reflective ink on the pupil of the children featured in the ads shows one of the symptoms of retinoblastoma: a bright white spot in the pupil where there would normally be “red eye” from the flash. 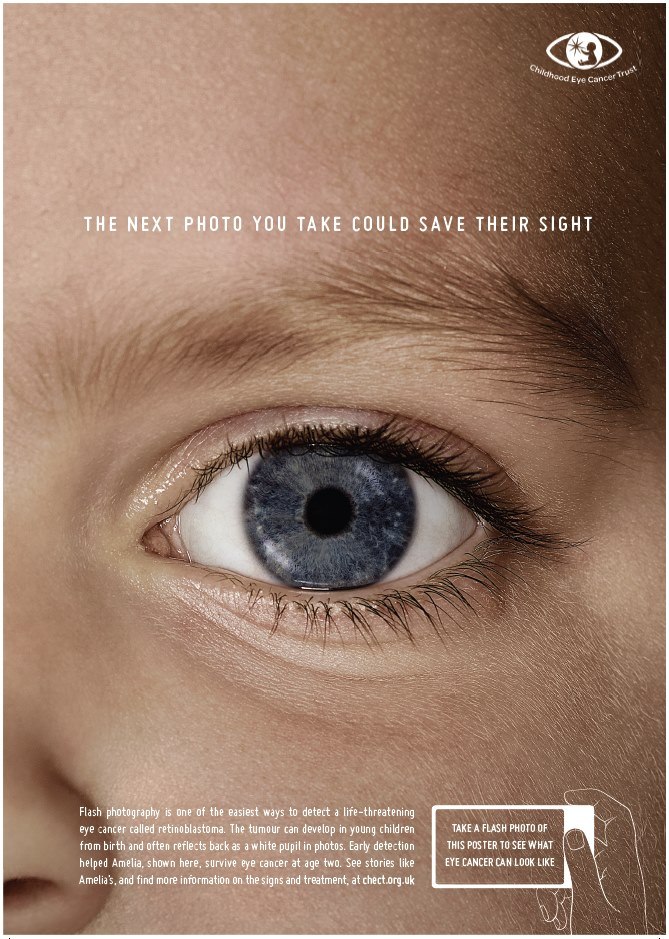 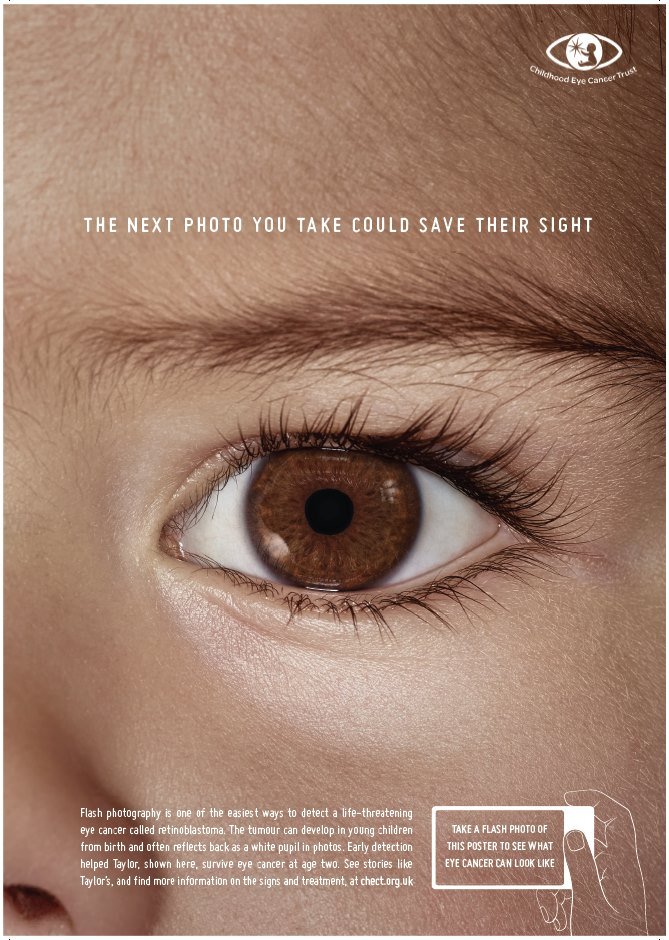 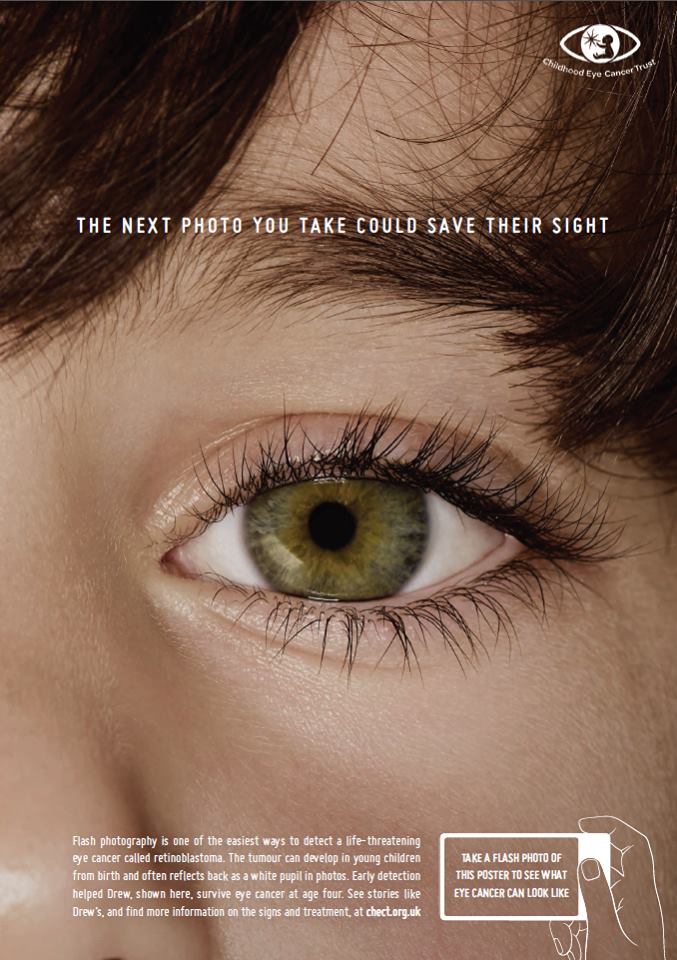 So next time you pop the flash on your camera, check your subjects for red eye (be sure to turn off any red eye removal settings your camera may have). If the typical red spot is only present in one pupil, or if the pupil is white, that could be a sign of retinoblastoma.

Just as the ad campaign calls to light – a bright white spot or reflection in the pupil that can be seen in photographs where the flash has been used.

In photographs where only one eye has red eye and the other looks black or “wrong,” retinoblastoma may be the cause.

Often called a lazy eye, this is when one or both eyes look in our out. A squint is not a certain indicator of retinoblastoma, but it is worth ruling out.

If a child’s eye becomes red and inflamed for no apparent reason and doesn’t exhibit infection, get it looked at immediately.

Change in color to the iris

In retinoblastoma, all or part of the colored part of the eye can change in color in an affected eye.

Because retinoblastoma mainly affects children, a sudden deterioration in vision is not normal and should be investigated. Children with poor vision from birth should also be checked for retinoblastoma as well as other vision problems.

If you have concerns about your eyes or your child’s eyes, contact the eye care specialists at nJoy Vision in Oklahoma City, OK at (405) 842-6060 or request a consultation with one of our expert eye doctors, serving patients of all ages from the greater OKC area, including Edmond, Stillwater, Moore, and Midwest City, OK.